Your active, engaging respite in the heart of DowntownDC. Recently renovated and now open!

A planning partnership was formed in 2012 between NPS, the DC Government and the BID to transform the park and establish sustainable maintenance, operation, and programming of the park in perpetuity. The result of this planning effort was a concept design and maintenance and operations plan for the park.

Mayor Muriel Bowser and the DC City Council provided $18 million for the renovation. In March 2019, President Trump signed a federal lands package that permitted the District of Columbia to invest its capital dollars in the renovation and construction of the park through a cooperative management agreement with NPS. Studios Architecture and Land Collective were awarded the design and engineering contracts for the project. The DC Department of General Services (DGS) is overseeing the construction and has retained Smoot Construction Co. as the general contractor. The DowntownDC BID will operate, program, and manage the park upon its reopening. Funding support will be provided by the BID’s 501 c3, the DowntownDC Foundation.

This program allows community groups, that had provided services on the weekend in Franklin Park to individuals experiencing homelessness. On Saturdays and Sundays from 10am-4pm, community-based organizations, churches and individuals can register for a space at this alternative site, which will include hand washing stations and support social distancing particularly during COVID-19.

The redesigned park, located between 13th and 14th streets NW and K and I streets NW, will include an outdoor restaurant with seating and restrooms, a children’s play area, a repaired and interactive historic fountain, new seating, an improved tree canopy and more. 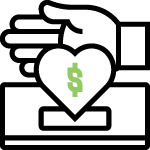 Connect with the DowntownDC Foundation to learn more about donor and sponsorship opportunities for the park.

We are recruiting a team to lead Park operations, management and programming. Apply today and join us! 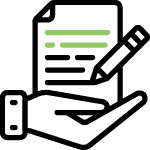 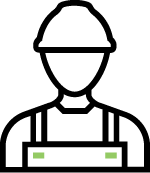 How the Park will be Operated

The new Franklin Park will feature a restaurant with a patio. We are currently marketing this opportunity to restaurant operators. If interested in leasing space, contact Papadopoulos Properties.

The DowntownDC Foundation serves as a vehicle for philanthropic initiatives aligned with the BID’s mission. Donate to the Foundation here.

Every day, from dawn to dusk.

The DowntownDC Business Improvement District (BID) activated the DowntownDC Foundation to serve as a vehicle for philanthropic initiatives aligned with the BID’s mission.

The Foundation is directly addressing Franklin Park’s renovation: DowntownDC’s largest green space will become a premier urban park, which will be operated and managed by the BID upon its reopening.

Submit an event to our platform. Our boundaries for event features include a 138-block area

GET REPOSTED ON OUR CHANNELS

Visit coronavirus.dc.gov, and the CDC website for the latest information 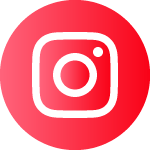